“Central Florida’s premiere pro music recording studio and film scoring stage. With 4000 sq-ft, two studios and the best engineers in the area. Fully equipped to handle any project from small to large. ADR dialog for film with Source Connect , mix to picture and top notch producers and session musicians. VO and audiobook recording. All sessions and visits by appointment only. Call to setup your custom consultation.”

“From Local to Label, working with all genres, Clear Track Studios is Tampa Bay’s world-class recording, mixing, mastering and music production facility, designed and built from the ground up by passionate professionals to give artists their best quality recordings and music-making experience.”

“HittSquad Recording Studio is the #1 Hiphop recording studio in the Orlando/Winter Park area. Starting at $50/hr with a professional engineer. If a recording studio with premium quality and fast turn-around times are your expectations, then we will exceed it with the “best” recording studio rates in Central Florida!”

“Founded in 1958 Miami’s Criteria Studios continues to offer world-class service with 7 studios for all your production needs.”

“Bay Eight is A Grammy-Award Winning, Multi-Platinum recording studio located in the heart of Miami FL’s world-renowned Studio City. Our State-of-the-Art Facility provides three uniquely designed private recording studios. Each studio is individually tailored with top of the line equipment and breathtaking decor. Formerly known as Midnight Blue Studios, Creatives know that Bay Eight is an intimate sanctuary. There are good reasons why so many extraordinary artists have recorded here.

“House of Hits Recording Studio, the home of our 175 times RIAA Platinum and 9 times Grammy nominated production team. House of Hits is a state of the art music recording facility offering the worlds first recording EXPERIENCE. Where music meets art and history is made. We take ideas and manifest them into radio gems.

“Audacity provides full service audio solutions for Film, Television, Broadcast and Web Media. We are recognized internationally for our professional audio post production. We have also built a solid reputation for the award winning original music scoring and sound design that is created in house by John Jay Martyn. Our rooms have been the home to South Florida Bands, Singer/Songwriters, and R&B artists since 2003.”

“Vanquish Studios offers the latest technology in a warm and inviting setting – A perfect combination for your next recording project. South Florida’s most advanced private recording facility. Our uncompromising commitment to your personal creativity coupled with our passion for cutting-edge technology and technique produces unrivaled professional results. We are easily accessible from both Miami and Fort Lauderdale international airports. A full production facility offering music producing, project coordination, consulting, mentoring, recording, writing, mixing, mastering, artwork and design, photography, specialized teaching and training, Protools training and certification, and much more!”

“Red Lion is the destination for bands and labels that want their mixes to stand out. We offer full recording, mixing, and mastering services and have top producers and engineers to work you projects from start to finish. With our 600sq.ft. live room, all star mic cabinet, and our state of the art hybrid analog digital mixing environment, there is no project Red Lion can’t handle. Reach out to us today to schedule a tour.”

From Next Level Recording Studio

“Evermore Sound is a professional recording studio based in Orlando. Centered around the Amek/Neve console, and a plethora of vintage gear and instruments.”

From Rising Sun Music – Tampa Recording Studio – BY APPOINTMENT ONLY

“John Seda and his Rising Sun Music recording studios in Tampa Florida, have proven experience gained over more than 30 years. John has worked for a long and unwavering career in music, including roles as a performer, songwriter, producer, audio engineer, sound engineer, and more. He has collaborated with Grammy, Gold, Platinum, and Hall of Fame recipients and generated soundtrack credits seen on Bright House, Cablevision, Cox, Netflix, Time Warner and many more. BY APPOINTMENT ONLY”

“Recording and video services by appointment only. Studio A features an SSL console and a custom Yamaha C7 Piano. Studio B is ideal for voiceovers, audiobooks, and singer/songwriter projects.

“Founded in 2018, PolkHub Recording Studio has been highlighted as one of the best recording studios in Polk County Florida with a history of happy and satisfied clients. At PolkHub Studio, we offer affordable rates, price match, and quality.”

“A project studio, artist collective, & artist platform located in Orlando, Florida. Uncharted is a place for artists to create, evolve, and succeed in the age of creative independence, supported by likeminded and experienced individuals ready to take you to the next level.”

“Wesley Chapel Studios is a one-stop shop for all your vocal recording, photography and videography needs in the Tampa bay and surrounding cities.”

“Since 2012 Noisematch Studios has been a big part of some of the world’s most notable records, launched exciting music careers for some of your favorite artists, & empowered music professionals through the MusicMastermind platform. Noisematch Studios is a state-of-the-art media/music production & recording studio located in Miami, FL & founded by producer/artist Alex J. It was originally located in the heart of the Wynwood arts district but has since then relocated to a new location only 20 blocks north to the Buena Vista/Design district. 🏆 Awards & accomplishments: ✅ 2 TEC award nominations ✅ RIAA Gold certification for Alejandro Sanz’ “La música no se toca” ✅ 34X Diamond RIAA certification for “Despacito” by Luis Fonsi & Daddy Yankee”

“Professional recording studio located in downtown Lakeland, FL. Our hours are Monday – Friday from 10am-7pm. If you need weekends or after hours, you can do so by appointment only. We are a music and audio incubator that can see your project from start to finish. Feed the CULTURE!”

“Recording studio in Jacksonville, Florida working with music artists all around the globe. Smirklordz Studios is the hottest upcoming music studio in Florida!”

“Heat Lab Studio is a multimedia facility located in Altamonte Springs, Florida. We provide digital recording, broadcasting and filming for recording artist, entertainers and businesses alike. If you’re passionate about your project and seek a team of professionals – look no further.”

“Full-service audio recording, editing, and mastering studio. We are expert Pro Tools Ultimate users and work with audio for music, voiceovers, game sound design and editing, Wwise implementation, and more. Additionally, we provide music arranging and notation copy. Our engineer is a professional musician, arranger, and music teacher with a bachelor’s degree in Recording Science, and a member of the Audio Engineers Society.”

“Ranked Best Recording Studio 2015 by Thumbtack! Studio 18 is a cultural center located near Downtown Orlando. Our facility is home to some of the most talented musicians, artists, and multimedia professionals in the southeast United States and serves as the premier curator for creativity and collaboration in the Florida arts community. At Studio 18, we believe that Community is King. Our community started here in Orlando with a shockingly diverse yet tight knit family of musicians, painters, designers, videographers, bloggers, and business minds. Now we’d like to invite you to be a part of that family, so we’re asking you to reach out, stay in touch, drop us a line, and keep us in mind.”

“Kissimmee’s Premier Recording Studio and Home of the Professionals! We offer Recording, Mixing & Mastering, Beat Production, Videography, Photography, Creative Direction, Distribution, and much more to meet your artistic goals. When you are here, you are home! We pride ourselves on our diverse, positive environment where all clients are welcome.”

“Starke Lake Studios is an award-winning family-owned recording studio specializing in recording, mixing, mastering, events, music classes, and rehearsals. Since opening in 1982, it has seen many amazing artists come through its doors including The Pointer Sisters, KC and the Sunshine Band, Molly Hatchet, Daddy Yankee, Shaquille O’Neal and many more. Starke Lake is also proud to call itself the recording home of Telemundo’s La Voz Kids, as well as Disney World’s Voices of Liberty. We strive for nothing but the utmost professional atmosphere while making all of our clients,

Recording studio in the Conway, Florida

From Mr Mix and Master

“Why make good music, when it can be GREAT! We provide radio ready quality audio mixing and mastering services, for the worlds most affordable rates. Our production team is 30+ times platinum, and two time grammy award winning. Let us help with any and all of your musical needs. For more info visit website

From KDS One Studios

“KDS One Studios is a full-service Orlando recording studio offering a range of services including event space rental, music recording, photography, and video production. We have sold over 200 million albums and recorded some of the biggest artists in the U.S. including Britney Spears, Eminem, and many more! Launch your career in the entertainment industry by collaborating with our Orlando video production studio to create your next hit. We are also an experienced Orlando photography studio with a variety of backdrops, lighting, and shooting areas. Contact us to discuss your project.”

“The Almighty Suite 16 Recording Studio. We are professional creatives.”

“Afterhours Music Recording Studios is a recording studio in Miami, Florida. Afterhours is home to the Hal S. Batt, a grammy-nominated songwriter, producer, engineer, and musician. Our services cover all aspects of both the digital and analog recording process utilizing a host of vintage including a vintage Neve console (one of only two in the state), microphones, outboard gear, and instruments. We are family owned and family operated which gives us our professional services a personal touch that no other studio can match.”

From EQ Recording And Multimedia

“We are a Recording Studio And Multimedia service located in Downtown Fort Myers. Specializing in everything media related. Book studio time or have us make some great visual content for your business and brand. Let’s make your talents, products and services shine as they should! Call today and set up an appointment.”

“Asylum Studios offers all the Studio services you need — from recording and mixing, to mastering and distribution. We also offer a photography studio for photo/video shoots and have an elite lineup of both sound engineers and photographers/videographers. Contact us to reserve time in our studio and start working with the very best entertainment professionals in the biz.”

Music studio in the University, Florida

“Sacred Sounds Rehearsal Studios is a recording studio located on Northwest 79th Terrace in Medley. This fully equipped musical rehearsal studio is designed for bands, singers and musicians to practice performing and recording 24 hours a day. We offer instrument rentals as well as recording sessions & equipment. We have everything you need to have a successful musical experience. If you’re looking to cook up some tunes then come down to Sacred Sounds Rehearsal Studios in Medley!”

“Artsing Studio is a Recording studio located in Davenport, FL, with more than 10 years in the market and under the direction of music productor Alian Melian and professional singer Mariana Lev.”

“10/11 Studio’s are professional, innovative recording facilities, perfect for every musical venture located in Orlando and Marco Island, Fl. Our facilities have been home to many artist, major and independent. All of our studios sessions are completely private, and equipped to handle Audio Recording, Mix&Mastering, Photo Shoots and Music Videos. Here at 10/11 Studio we place the client and their unique vision first. We have a team of producers, engineers, musicians and an experienced staff to assist you in your work. We pride our self in paying close attention to detail, and contributing creative input.”

“New recording studio based in Haines City Fl, Polk County. We Provide all our attention to the artist/creators need & wants! Remember there is no wrong when it comes to creating YOUR work! Let’s create ! The world needs to hear YOU ! We Offer Studio A (Most Popular) Studio B Podcast Photography Videos Production Artist management Artist Development Want Your music on Apple Music, Spotify & more.

From My Platinum Sound 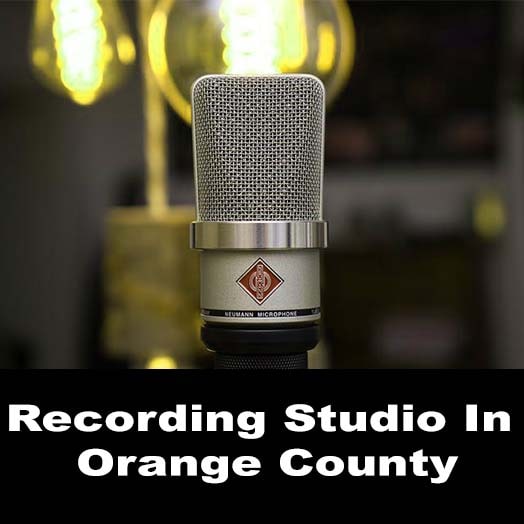