From Yellow Lizard Media“Specialising in engaging video production for your product, service, event and conference – our team of videographers and editors create video content that makes your business stand out from the rest.”

From Special Occasion Video Productions“Press play on your most special day! Our creative wedding videographers based in Hertfordshire, Essex and London provide the most excellent coverage of all aspects of your special day. Our imaginative approach to wedding videography and our fantastic eye for detail allows us to create a visually engaging wedding film with a distinct sense of storytelling. Your wedding filmed to perfection and beautifully crafted into a lasting memory.”

From The Filmers“Offering more than just wedding videos, we are a highly recommended and experienced team. We have a real passion for capturing the story, emotions & memories of your special day.”

From IGL Films Ltd”Award-winning video production based in Hertfordshire. We create video strategies and corporate videos that get the results our clients are looking for. Our video production services can take you from initial ideas through to delivering your video to the target market. Whether you’re looking for a product explainer video, company overview, ad, animation and more, IGL Films have the expertise to help, contact us today.”

From K&K Productions”K&K Productions is a team of talented directors, camera operators and editors that can create a high quality, professional video for your company.”

From Business Film Booth“Business Film Booth is an Un Corporate video production & editing company based in Hemel, Hempstead Hertfordshire. We produce video content that takes your stories, knowledge and culture and turns them into highly engaging and watchable business video communication. More importantly, we direct individuals and help them craft their content so the message is clear, entertaining and surprises viewers

From Shrigley Wedding Films“Louise Shrigley is a Wedding videographer based in Wheathampstead, St Albans, Hertfordshire.”

From OWP Weddings“OWP Weddings offer bespoke and creative wedding videography services. We are based in Hertfordshire but happy to travel.”

From Film Infinity Video Production“We are a video production company producing high quality video content across a diverse range of sectors. Our reputation and business is built on creativity, trust, reliability and professionalism, and clients come to us because we are passionate about what we do. We deliver stylish, dynamic films that strike the perfect balance between engaging the audience and successfully communicating the message, keeping the viewer entertained, engaged and informed.

The BBC Elstree Centre, sometimes referred to as the BBC Elstree Studios, is a television production facility, currently owned by the British Broadcasting Corporation.

From Virtronix“From a simple virtual tour to a highly immersive 3D 360° virtual reality experience, we help businesses of all shapes and sizes tell their story in an exciting, engaging and entertaining way without costing the earth. 360° VR experiences have so many potential use cases and we believe that all businesses should be able to offer such experiences to delight their customers, without needing it to cost the earth.”

From Beast Video Production Company London“Beast is an award winning video agency based in East London. From concept to delivery our skill is to create a compelling narrative that will engage viewer. A core team of Directors, Producers, Photographers, Editors and Writers; At Beast our combined experience of working in high end advertising for over 20 years gives us the tools to take on any project and make it stand out. We are one of the best creative production companies in London.

From University of Hertfordshire – Film, Music & Media Building”Production and events facilities for both students and the public. Home to Film and TV, Music, Animation and other media courses.”

From Kartoffel Films: Video Production Company, Animation Studio, Video Content Agency.”We are a full service video production company and animation company with over 2000 films and animations under our belt. Kartoffel Films offers creativity, experience, quality, and a conscience. Not only are we expert storytellers but we produce exceptional videos focused on effective and memorable communication, whatever the message.

From Hart In Media Ltd“Hart In Media work with client-focused organisations looking for genuine, long-term meaningful content that makes people care about what you do. Our stories are character-driven to create a genuine emotional experience that is relevant and credible. We work with you to integrate film and animation into your social media marketing strategy and shape a new generation of people who make conscious informed choices.

From Bluerock Productions “Established in 2014, Bluerock is a multi-media video production company making everything from brand films to educational videos to corporate movies for an equally diverse range of blue chip clients.”

From Shy Studios Ltd“We’re a multi-award-winning creative agency united against mediocrity. Since 2008—long before we had tidy offices and fancy tech and studio spaces with padded walls—we have been proud advocates for change; challenging perceptions, expertly uniting cultural experiences with digital innovation and technology, connecting the hearts and minds of brands and consumers and blah blah blah.

From NextShoot“We’re a full service video production company based in London and working for blue chip clients around the world to produce corporate communications, branded content and online advertising.

From AG Studios“Offering corporate and consumer photographic and video services either on location or in the St Albans based studio. The out of town location means parking is easy and free right outside the shop. Proprietor, Arif Gardner is fully trained via City & Guilds 747 and heads a team of professionals to offer you a unique professional photography and video service with a truly creative edge. 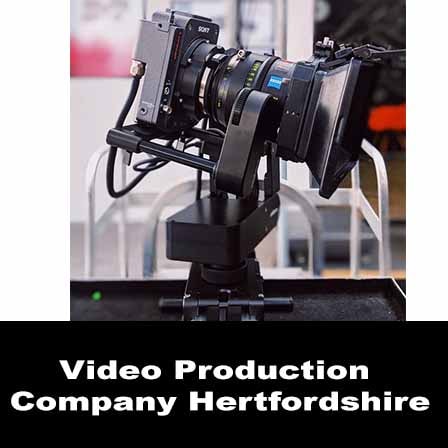 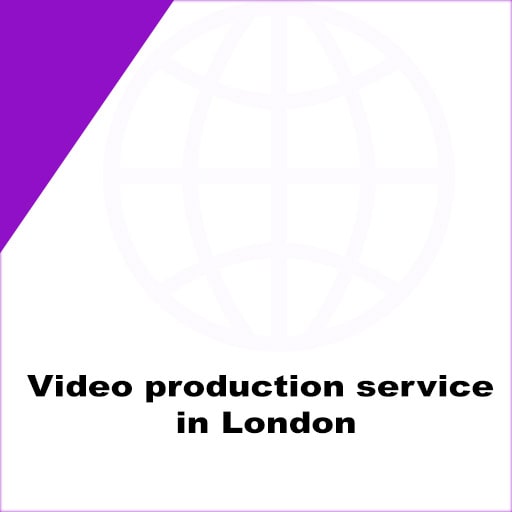